Thanks to All This Year 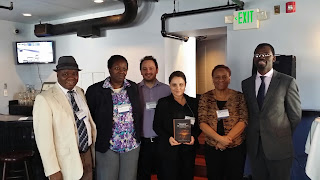 GSCIS advisory committee members would like to thank all who participated in the Cuba conference et al, and would also like to cite these universities for their help during 2017:


University of Havana-Universidad de la Habana. The University is the oldest in Cuba, dating to 1728 when it was established as a religious school. It has has 16 faculties, among them many Catedras (Chairs) in various subjects. About 25,000 students are enrolled. UH and the GSCIS cooperated to hold the Third Global South International Studies Workshop in July 2017.


UFABC is a relatively new federal university (founded in 2006, in Sao Paulo) intended to realize the then-government's goal of making higher education more accessible and inclusive.  It is tuition free and currently has about 13,000 undergraduates and 1,400 graduates. In 2017 it is ranked 8th in Brazil and 4th among Brazilian federal universities according to the Times Higher Education Latin America University rankings. In August 2017, UFABC hosted founding Global South Caucus Chair for fruitful preliminary talks on cooperation in various projects.  UFABC has an innovative interdisciplinary curriculum with Social Sciences represented as Politics and International Studies and Development Studies.

The Sixth Encuentro of the Brazilian Association of International relations was held in late July at
the Pontifical Catholic University of Minas Gerais (PUC-Minas) in Belo Horizonte. A private university, it has often been named as the best private university in Brazil.  PUC Minas has about 54,000 students, 2,000 faculty members and 1,800 staff members.

Thanks to all and happy holidays. 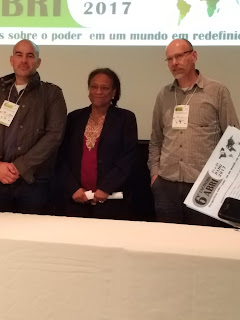 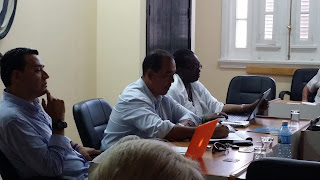 How to Access Cuba Workshop Program, Sympathy re Natural Disasters, and Special E-Issue of ISR!!

Dear All:
Some of you have asked us where you can find an online version of the Cuba Workshop Program. The full program is available at:

Note: We are in the process of going through the papers for possible publication. Please continue to upload papers if you have not done so already.

Check out the ISA journals' free virtual special issue celebrating the ISA Global South meeting in Havana! It features ISR articles on: IR from a Global South perspective; economic sanctions; & an ontology and measurement of peace, applied to Colombia. https://academic.oup.com/isr/pages/isa_havana_vi[academic.oup.com]

We take this opportunity to express our sympathy with those persons who have suffered losses from the natural disasters which have affected the Caribbean, Mexico and the United States.


Thanks again to all who participated in Cuba.

And more photos of Havana